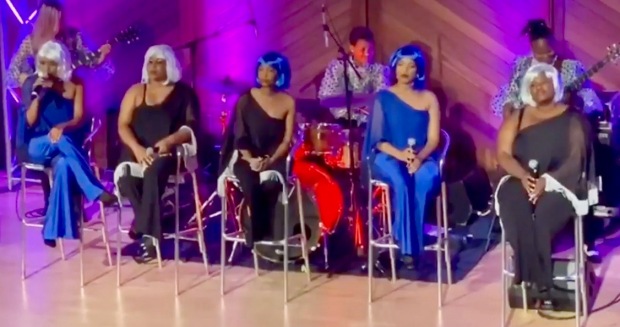 Foster kids can be a bit like a box of chocolates. You never know what you’re going to get. Unless of course the “foster mum” is Sophia Foster and the kids being raised are the young entertainers at her Fostering Foundation.

The veteran singer put her charges on the public stage for the first time last month with her Sistas’ Tribute To Aretha show and now everyone is beating a path to her door wanting to see more of the young talent.

The show, which was a sell-out on opening night, features an all-girl line-up, from the five front-line singers to the five-piece backing group belting out Aretha Franklin’s soul hits.

Social media was awash with Sophia Foster’s novel initiative to use her “students” to honour the name of one of the legends of music.

“It has just been the most incredible reaction,” Sophia says. “We have so much talent here, it’s just unbelievable.

“They just did their first corporate function to an amazing response from South Africa’s top corporate people. I can’t begin to tell you how it warms my heart to see the fruits of our labour get such a fantastic reception.”

Sophia says they worked flat out for about two months to get it to the point where she was comfortable putting her young charges on stage.

For those who do not know, Sophia runs the Fostering Foundation, a finishing school of sorts, for up-and-coming young entertainers. She is a veteran of the South Africa industry with more than 50 years’ experience.

“I pushed them hard. I worked with them seven days a week. The young girl on the keyboards said to me at the start: ‘Sophia, I’m sorry, I have to apologise to you, I can only read music. I play what’s in front of me’.

“I said to her, ‘No, you can do more than that. Do you know what the meaning of improvisation is?   You don’t have to just read it’. I showed her what scatting was. I changed their attitude.

“Straight after the very successful opening night, I went right back into rehearsals, telling them where they could improve. I went through everything with them.”

One of the big talking points of Sophia’s initiative was her use of only females for the performance. It struck a chord with all who saw the show.

“For me, it was all about empowerment. There is an expectation in South Africa that shows have a certain format, and that has been the view for years. Well, we just turned that on it s head. The girls can do it on their own.”

The other eye-catching element of the show was, of course, the glitz and glamour that has become a hallmark of any performance that Sophia is associated with.

“You know me,” Sophia says, “it’s all about the glamour, the costumes and the flair. People couldn’t believe their eyes with what they saw.”

She has plans to do more runs with the show but at this stage she is continuing to fine-tune her young students.

“God willing, for the new year I want to do a short run in a theatre as these young adults have grown tremendously under my mentorship.

“I already have people trying to poach my artists – as if there aren’t enough artists in Cape Town. I got a message straight after the first show asking if they could use my artists. 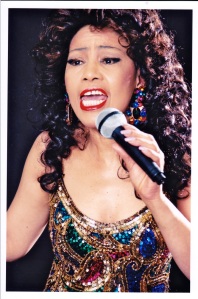 “I’m very optimistic about the future for them but we have to prepare them properly. To succeed in this industry it is about how you present; something that you have to develop and market and sell.

Veteran entertainer Terry Fortune (now retired, much to the chagrin of many) was effusive in his praise for the budding stars.

“Man, they are just wonderful,” he said. “It warms my heart, as one who has also invested in young talent over the years, to see these youthful, dynamic performers. In Sophia as a mentor, they have one of the best in the business.”

Actor Basil Appollis, who is fast becoming the go-to person when it comes to directing local stage productions, was another who was carried away with what he saw.

“Knowing the Fostering Foundation and Sophia’s mission of nurturing and mentoring young talent, I was wondering whether the treatment would work at all,” he said. “I approached it with trepidation. Aretha Franklin is, after all, the High Priestess of Soul!

“Well, my worries soon disappeared. I was most impressed with these young new voices delivering Aretha’s greatest hits with flair and a maturity far beyond their years! It was truly magnificent and the show, on the whole, one pleasurable surprise.

“It would be unfair to single out any of these young singers because they were all directed to show their unique strengths. At some point during the show I felt a bit guilty because I couldn’t help thinking that I’d love to poach this one, then the other!”

Basil had nothing but praise for the girl band. “They were so dynamic! And so refreshing and appropriate. I’m sure Aretha – one forgets she was a brilliant pianist – was smiling down on them.”

“The presentation was one long, exhilarating medley of Aretha’s famous hits with no break to catch one’s breath. I couldn’t help feeling the performer anxiety with the many (wonderful) costume changes! That is something Sophia is famous for – and it should really be written up in the Guinness book of Records! They’ll get there.”

There was one thing that Basil thought Sophia could do to take the show to another level: “This is personal taste entirely . . . I would’ve appreciated an anecdote or two about Aretha’s inspiring life story.”

All material on this blog is copyrighted. Permission should be obtained before  publishing any party of it.