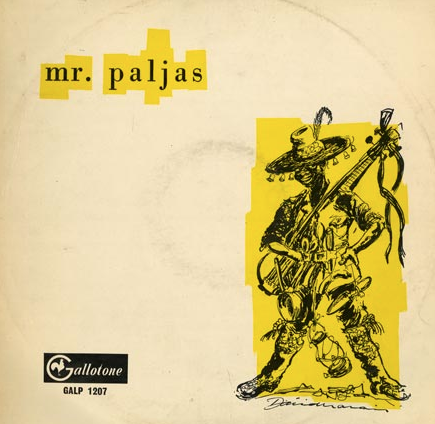 On this day, 60 years ago, the musical, Mr Paljas, opened at the Labia Theatre in the Gardens in Cape Town with a cast of 30 which included artists who were to become well-known names in local entertainment.

Whilst it was nowhere near as successful as King Kong, which was a Johannesburg production put on the boards a few years earlier by some of the people who created Mr Paljas, the play did generate a degree of interest in the “coloured” community.

Although the Eoan Group, established in District 6 in 1938, had been active in the community, its focus at that stage was largely opera and ballet. Nothing as ambitious and with such a large cast as Mr Paljas had been produced on the Cape Town scene.

The essence of the play involved a “bergie” [tramp], Mr Paljas, who wanders into a West Coast fishing village that has fallen on very hard times. The local fishing company packs up all their machinery and leaves the village – but they leave behind their boats.

Street-wise Mr Paljas inspires the villagers to make use of the boats. They smarten it up and the men head out to sea. Long story short, the boats come back fully laden and the village prospers. Of course, local politics come into play and there are side issues which eventually sees Mr Paljas driven out.

Not much is documented about the musical but the little that there is on web indicates that there are a few twists and turns in the story.

Other members of the cast included Thandie Klaasen, Gerry Arendse and Colenso Mama.

The musical is significant also in that it generated an album of the play’s songs performed by celebrated jazz pianist Chris McGregor who was starting out in his career and was to go on to form the legendary group The Blue Notes and then Brotherhood of Breath.

The 16 songs of the musical included tunes like To The Boats, More Fish In The Sea, One Bright Day, Ghoema Song, Lighthouse In The Sky, and Goodbye Paljas.

The driving force behind Mr Paljas was Stanley “Spike” Glasser.  He wrote the music based on a book by Harry Bloom. The lyrics were written by Beryl Bloom. Glasser was also musical director and wrote the arrangements for lyricist Todd Matshikiza’s King Kong. Harry Bloom wrote the King Kong book,

Considering the strong connection between the main people behind King Kong and Mr Paljas, there was a view that Mr Paljas would be as big a hit as King Kong which opened in 1959. King Kong, billed as an “all-African jazz opera”, was a smash hit that went on a two-year run around SA and then on to London.

In apartheid South Africa, King Kong was seen as the entertainment world thumbing their noses at the ruling party. Here was black and white South Africa working comfortably together to produce an international hit.

Yet, that success never translated in the same way to Mr Paljas.  It opened in the Labia to some acclaim (the Labia being the “in” white theatre which welcomed black patronage).

After the Labia run Mr Paljas did little community halls on the Cape Flats and then . . . nothing.

It made Danny Joseph and Maud Damons household names in the community and was another stepping stone for Thandie Klaasen to bigger things.

But the play itself . . . nothing.  In doing my research for this piece, I asked some people involved in theatre whether they had any knowledge of Mr Paljas.  None had. I wasn’t able to establish whether anyone of the original cast is still alive. Brussels-based Cape Town man, Milton van Wyk, who is researching the Golden City Dixies, unearthed two clippings from the Rand Daily Mail referencing the musical. One, from 13 January 1962 announced the opening of the show and that live theatre allowed them to allow “mixed audiences”.  The second, on 2 March 1962, said the show was not the financial success  it was anticipated to be and would not to taken to Jo’burg, and tour SA and Rhodesia.

Maud Damons did end up in London where she plied her trade as a jazz singer and a few years ago did a few gigs at Kaleidoscope in Claremont when visiting her hometown. She died last year.  Glasser died a few years ago, also in London, a celebrated music academic. Glasser and Damons fled South Africa after being charged under the hated Immorality that barred relationships between white and black. 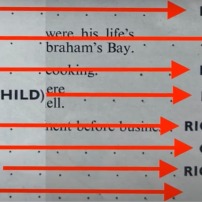 [Blogger’s note:  If anyone is aware of any member of the cast who is still around, drop me a message. I’d like to have a chat to them.

All photographs sourced from social media.]