Former Flames guitarist Steve Fataar is on a whirlwind tour of Australia starting in Sydney on Friday night. He plays Melbourne, Brisbane and Perth as well.

Steve Fataar, once leader of The Flames, South Africa’s top pop/soul group in the Sixties, has shown that he can still “hit the road” and undertake a gruelling tour at the age of 75.  He opens a lightning four-night-four-city tour of Australia, starting this Friday in Sydney.

Soft-spoken Steve, the guitarist who drove The Flames to the pinnacle in South Africa with such memorable hits as Tell It Like It Is, Place In The Sun and For Your Precious Love and then took them overseas, will follow up the Sydney date at the RSL In Paddington, with gigs in Melbourne (Nov 18), Brisbane (Nov 19) and Perth (Nov 20).

“It’s going to be a helluva challenge,” Steve said between rehearsals in Sydney today. “But I love a challenge; I’m looking forward to it.” 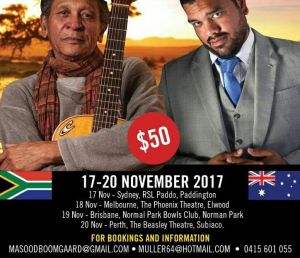 Steve has combined the tour with a visit to his mother who lives in Sydney and is in her ’90s.  Steve himself is 75 years old and is quite frank in admitting that these are precious moments in his life.

”I’m still enjoying my music.  If I don’t play my guitar for a few days, I kinda feel a bit off. It’s what drives me.”

He says his shows will feature some of the material he has been performing in recent years as a solo performer but he will include songs from The Flames era.

“I have to include some of the stuff from The Flames,” Steve said. “People want it; every show I do I get asked to do one or two big hits from The Flames. Well, since Blondie [Chaplain] ain’t around, I guess I’ll give them a ‘better understanding’ of what it was all about. It’s a nostalgia thing and people are totally into nostalgia these days.

Steve Fataar, left, with Brother Fataar performing at the Luxurama in Cape in 1970.

Steve will be performing as a support act to comedian South African Masood Boomgaard. He is also excited at the prospect of working with pianist Lance Saunders, the veteran South African pianist who now lives in Perth. Steve generally works as a solo performer these days but has done several gigs in recent years, most notably with the late Errol Dyers. Anyone who has been on Facebook will know when and where he is playing; he uses social media very well.

“It was a pleasant surprise when the promoter told me Lance would be joining me on stage. When I was last in Australia a few years ago, Lance played with me in Perth. It should work well, we’re both from Durban and it shouldn’t take much for Lance to get his head around what I’m doing, he is a seasoned performer who has backed hundreds of musicians over the years.” 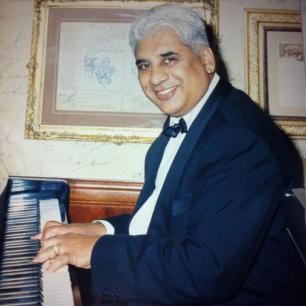 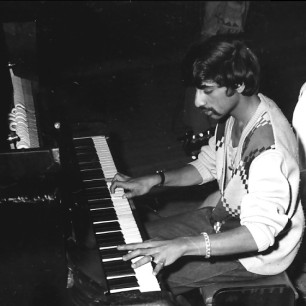 . . . and back in the day when he played for the Follies.

Flames fans may have a little more to get excited about if plans to do a documentary on the group come to fruition. It has been spoken about for more than a year now and a promotional trailer is already in the can. It could be that it comes out next year to coincide with the 50th anniversary of the release of For Your Precious.  And maybe a rumoured For Your Precious Love 50th anniversary SA tour. Wouldn’t that be a blast?

In the meantime expat South Africans in Sydney, Melbourne, Brisbane and Perth  have an opportunity to honour a legend of South African music.