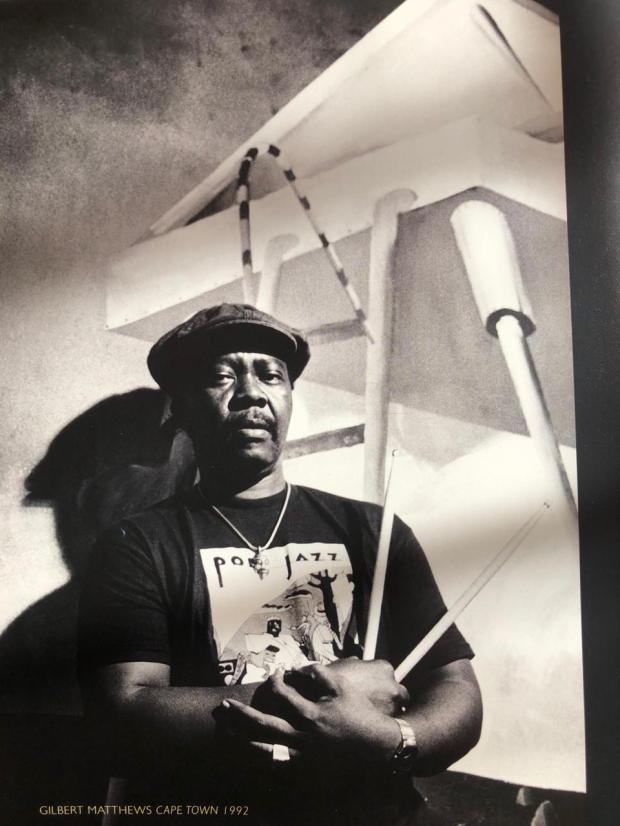 Drummer Gilbert Matthews who made a name for himself in South Africa in the Seventies before settling in Sweden. He died last weekend. Photo: Rashid Lombard

All four made their mark in the Swinging Sixties in bands that had huge followings in Cape Town and, in the case of the Invaders, around the country.

Ivor Wagner started out with the Big Beats in the very early Sixties as the lead guitarist. Apart from tapping successfully into the sound of the very popular UK group The Shadows, the Big Beats were noted for the fact that Ivor and bass guitarist were both blind. 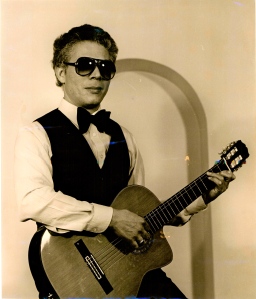 When the Big Beats faded he linked up – as an organist – with top Cape Town group Respect (which had Melly da Silva on bass). Respect was one of the first groups to embrace the psychedelic and underground music styles of the late ’60s. Ivor took to it like a duck to water.

When Respect disbanded, Ivor joined jazz pianist Tony Schilder in a “white” City nightclub, he switched to playing the bass guitar, and by all accounts, excelled at it.

He left for London with his young family in ’72 where he studied law and became a successful solicitor specialising in property law . . . a remarkable achievement for a vision-impaired man who had gone as far as Std 6 (Grade 8) when he entered the workforce as a switchboard operator. When he retired, Ivor came back to Cape Town to settle. He died on Monday in Oudtshoorn where he lived with his partner Lynette Deyce. He was 78.

Melly da Silva started with a group called The Shannons in the mid ’60s and had a strong neighbourhood following in the northern suburbs. He moved on to the Lunar 5 that had vocalist Bernie Brown as its charismatic frontman.

The Lunar 5 had a bigger following and recorded songs like Hi Hi Hazel and She’s Yum Yum that enjoyed pretty good sales for the time. Melly moved on to The Raiders for a while and then formed Respect with guitarist Issy Ariefdien and drummer Noel Kistima. They were innovators.

He settled in Australia in 1970 where he worked in the IT industry. He died in May, aged 75. 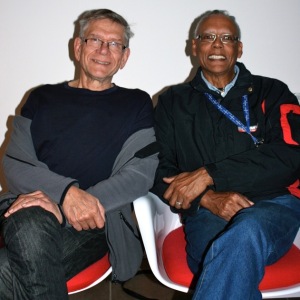 The late Mel da Silva, left, and Noel Kistima with whom he formed Respect.

Rajin “Spewy” Pillay started his career in Durban where he was from. He played with Naked Truth and then Chayn Gang with Jack Momple on drums and Henri Donjeany on guitar.

The group was one of the first Durban groups (with The Exotics) to head to Cape Town to make it their base.

The Chayn Gang broke up because some wanted to go back home. Spewy did odd gigs for years but concentrated on making leather goods (it was a ’60s peace and love thing and Spewy, with his ever present headband, and shoulder-length hair, lived it to the full).

The Invaders found him playing in a white club in Durban and were looking to broaden their repertoire and their appeal to accommodate the changing music styles of the late Sixties. Spewy hit the road with them.

Invaders lead guitarist Joe Moses, who kept in touch with him over the years, remembers it well: “We met him in this white club and he sounded great on keyboards. He had a nice style.

“We asked him to come and play for us. At first he was reluctant and long, hard think about it, but he eventually he came around.

“Spewy had a cool manner and what I remember most about him was his quality leather products and his habit of having his Alsatian dog, Tessa, on stage with him all the time.

“Just recently we made contact and he asked me if we could team up again because, as he put it, he had never played with such nice guys. I didn’t know what to say. Now he’s gone.”

Gilbert Mathews was a fixture on the jazz-fusion scene in the ’60s, moving around to different groups wherever there was an opening for a skins man who was comfortable in the genre. He ended up with Spirits Rejoice, one of the top groups in the country and recorded the eponymous LP with them. He moved to Sweden in the ’70s and plied his trade there.

Photographer and jazz promoter Rashid Lombard was deeply saddened by the passing of the four musicians, all of whom had a part in shaping his life as a young man growing up in Athlone.

“I knew all four of them,” Rashid said. “At some stage or other I caught their act hanging out in the clubs in Athlone.

“I was 17 years old living in Lawrence Road, in Athlone, when I heard of the group, the Chayn Gang from Durban that moved into a house in Church Street, the next road up from where I lived. They performed at the Columbia ’68 Club and the Soul Workshop, the two hot clubs in Athlone at the time. 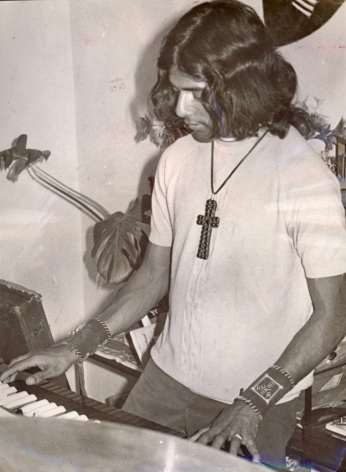 The late Spewy Pillay who played with The Invaders and The Chayn Gang.

“During that same period at Columbia, Melly da Silva and Ivor Wagner were with Respect. They were the regular house band there, well-rehearsed and always adding new songs to their repertoire.

“They played the stuff that got me into appreciating music that went beyond the pop and bubblegum stuff that you heard on the radio.

“Through them I got hooked on the likes of Jimi Hendrix, Clapton, Blood Sweat and Tears and the like. Those were good times.

“The biggest loss to me is Gilly. He was originally from the Eastern Cape. We grew up together and became family in many ways. Before he left for Sweden, he was a regular at the Beverly Lounge and the Landdrost Hotel, both popular spots for cool jazz music.

“Gilly later joined the super fusion group Spirits Rejoice with Mervyn Africa, Paul Petersen, Duke Makasi and Robbie Jansen. They were dynamite. They recorded the album, Spirits Rejoice, and had a long residency at the Club Montreal in Manenberg.

“It is so sad that we lose all these great musicians in quick succession and now we have lost a great photographer in George Hallett too.”

“They should not be forgotten. They laid the foundation and shaped my appreciation of the different music genres and of photography.”

As an entertainment journalist, I also knew all four of them. If I replayed the soundtrack of my life, Melly and Ivor would feature prominently. And I’d press the repeat button for the sheer enjoyment of it.

The life and times of Ivor Wagner