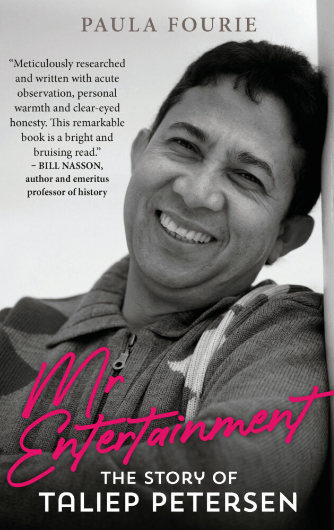 The long-awaited biography of Taliep Petersen, titled simply Mr Entertainment, has been in bookshops for a few weeks but is being launched officially this month. It may be a confronting read in places for some who only saw the smooth performer on stage.

Author Dr Paula Fourie has put together an extremely well-researched work that took all of 10 years to complete. That, in itself, speaks to the thoroughness of her labours that lends itself to the intense scrutiny of the subject.

It covers the life of a young Taliep born in District 6 labouring under the yoke of a strict father, through his early years as an aspiring singer trying to make a name for himself on the Cape Town scene, his breakthrough period where he was a much sought-after band leader on the five-star hotel circuit, his commitment to his faith, his love of klopse and Malay choirs, and his golden years of musicals that has become his legacy after his untimely death.

As far as I can tell, this is only the second biography of home grown Cape Town talent, the other being Llewellin Jegels’ work on Zayn Adams which flowed on from his Master’s degree in creative writing. Paula’s book could be seen, among other factors, as a natural progression from her PhD dissertation on Taliep’s life.

In the main, Mr Entertainment was, for me, an easy read.  I was familiar with a large part of his early stage career when he was an almost shy teen who was brought into our newspaper’s office by comedian Jerry Hector, looking for some publicity “for this exciting new singer”. By the time I left the newspaper in Cape Town he was an extremely confident, at times abrasive individual not averse to displaying oodles of braggadocio. A driven man who refused to be shackled by the constraints of apartheid. 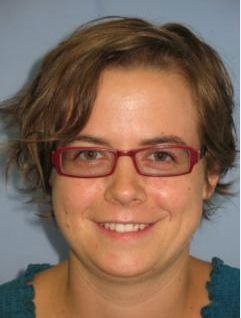 Dr Paula Fourie . . . a quite comprehensive look into the life and times of Taliep Petersen.

Paula captures this and a lot more in the book. By her own admission, she loves the art form of biography; the words flow effortlessly and the life story is easy to comprehend. Occasionally the researcher and academic in her slips through as in when she talks about the “idiolect of speech community” (I had to look that one up).

Taliep’s life, through its various stages, is, at times, exposed in awkward and microscopic detail — his growing up years, his family ties, wives and women, his relationships with his peers in the music world, his collaboration with David Kramer. Through a multitude of interviews, with those closely connected with Taliep, we follow his journey.

To her credit, Paula does not avoid the awkward subjects. She addresses them but not in a way that one could accuse her of hyping it up to make the book a tad more interesting. Rather, she delicately points out anomalies in Taliep’s life narrative where, for instance, Taliep’s father has one version of a story that is at odds with Taliep’s own version, or one of his daughters has a different memory. These are not major issues and Paula puts it down to time dulling the capacity to recall accurately. In the end, though, they make up the bigger picture of the man.

Paula does not shy away either from mentioning unsavoury episodes in his first marriage to Madeegha that wouldn’t have much currency in today’s world. His behaviour was nothing like the man who could charm an audience of 1500 in the Luxurama. Paula notes that even his children were cognisant of their father’s “complex” personality.

She wasn’t afraid either to point out that Taliep’s story of appearing in certain Des and Dawn Lindberg productions (Godspell, Jesus Christ Superstar) had no truth, although he did appear in their production of Pippin. Paula also questioned his education achievements when her research for the biography could not corroborate his claims.

These may end up as whispered discussion material for some who thrive on such talk. For me, it makes the biographical work all the more commendable in that Paula opted not to “sanitise” her work. She could so easily have focussed solely on his glittering career as a performer.  Instead they serve merely to complete the full picture of the complexity of the man.

What I found more interesting was Paula’s delving into the working relationship with David Kramer and the ongoing issue of who owned what intellectual property when it came to the many musicals they collaborated on – the highly successful District 6 The Musical, Kat And The Kings, Poison, Joe Barber.

At various stages in the book, where Taliep is establishing himself as a major entertainment force, questions bubble around about who has the greater artistic input in the collaboration. Was David’s writing the clincher that made their shows so successful? Or was it Taliep’s lyrics? And how could David, with his “white” upbringing have written so knowledgeably about black life when it was Taliep’s lived experience. Paula – and her interviewees – throw up interesting theories and I’m sure it is an issue that has been discussed at length in the past and will continue into the future.

Taliep Petersen and long-time collaborator David Kramer . . . questions about who contributed what.

The other interesting element of the book is its portrayal of the community which formed so much of Taliep’s life. In the eyes of many of the people Paula interviewed, this is what the “coloured community” was all about. The coons, the Malay choirs, ghoema . . . variously referred to as part of the people’s culture, heritage, tradition. Paula airs their views but she also gives voice to others.  Paul Hanmer, Taliep’s pianist for a while, talks of being “raised away the Coon Carnival and Malay Choirs and other traditions”. That was Taliep’s world to a large degree. I think Paula may have found out that that “colouredness” espoused by some of the people she interviewed and quoted in her research was a lot more layered. It’s complicated, if you come from that part of South Africa’s marginalised community.

At times, I thought this was turning out to be some sort of hagiographic exercise but as I got deeper into the book and Paula peeled away the layers, I appreciated her literary work even more, particular given it was her first foray into biographical writing. She is honest enough to admit the awkwardness of her own background —  Afrikaner, white, feminist asking extremely personal questions that exposed values anathema to her. I did quite like her method of quoting verbatim some of interview subjects. Nowhere else in South Africa do they spice English and Afrikaans in one sentence in a mangled form and yet it makes sense.  Is this the Afrikaaps they talk about? 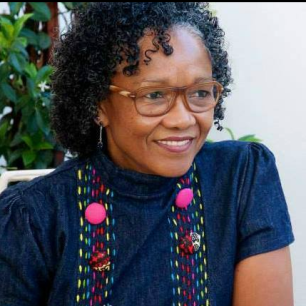 Sylvia Vollenhoven and  Terry Fortune . . . part a panel discussion with author Paula Fourie on her book, Mr Entertainment: The story of Taliep Petersen.

Finally, she mentions Taliep’s death without labouring over the trauma of it all and chooses not to speak with his second wife, Najwa, who was a central figure in his murder. She was sent to prison for her role.  In a strange twist, she is due for release in a few weeks.

One of the first shows I wrote about as a newspaperman at the Cape Post back in 1967-68 was a talent contest for Cape Town entertainers. The male singer who walked off with the top prize was accorded the title of Mr Entertainment. Taliep won and, and notwithstanding his imperfections, entertain he did. Paula’s book bears testimony to that.

Related material: Madeegha Anders . . . I Am Woman Hear Me Roar